Our leadership team has extensive experience in the transportation and logistics industry, yet continues to seek to develop new ways to create flexible, responsive, and resourceful strategies and solutions to benefit both our customers and employees. As you read the individual biographies, it becomes apparent that each person brings a unique skill set, making Keller Logistics Group a great partner to do business with and a great place to work.

Bryan Keller is the Chief Executive Officer for Keller Logistics Group. Bryan leads the strategic direction, planning, and execution of all operational activities for each affiliate, and sets the tone for the company’s values and culture. His commitment to our local community, understanding customer needs, and delivering the highest quality service has been fundamental to our success. Bryan joined Thomas E. Keller Trucking in 1990 after graduating college. Always looking to find ways to diversify and grow the business, he has made several key strategic moves that have elevated Keller Logistics Group, becoming a desired and growing full service logistics solutions provider. After taking over as CEO for Keller Logistics Group in 2000, Keller Trucking was able to expand their success through the sourcing of a more diverse customer base and use of new technology.

Bryan’s vision also helped lead to the creation of Keller Warehousing & Distribution, which has since become a haven to both existing Keller Trucking as well as new customers. He also spearheaded the efforts to make Keller Packaging a reality, again realizing the positioning Keller can provide to both existing and prospective customers. Bryan earned his Bachelor’s Degree from Ball State University, where he majored in Marketing. He is very active in the local business community, where he currently holds a board member position with the Defiance County Economic Development – Community Improvement Corporation, as well as serving on two separate committees with the International Warehouse Logistics Association. Bryan is also a member of the Rotary International – Defiance Club and the Ohio Trucking Association, as well as the American Trucking Association. He has served as a Chapter Advisor to the Bowling Green State University Delta Tau Delta Fraternity, the Defiance College Purple and Gold Club, the Chair of the Board Trustees of Northwest State Community College, as well as local parish councils with his church. When he isn’t at work, Bryan enjoys running, having competed in fifteen marathons, completing triathlons, and cycling on his Cannondale, as well as spending as much time as he can with his two daughters. 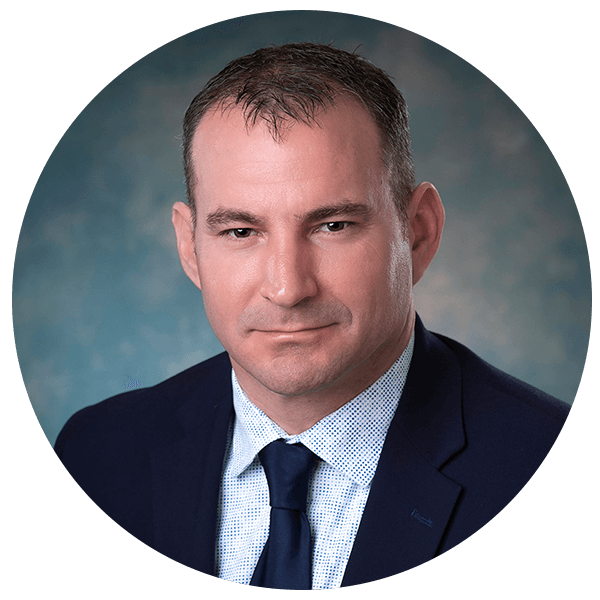 In his time with Keller, Nate has driven operational improvements over each affiliate, working diligently to create safe and innovative solutions to help our customers achieve success in the marketplace. Some of the operational improvements Nate has contributed to multiple implementations of Warehouse Management Systems for Keller Warehousing & Co-Packing, research and implementation of the Heavy Haul Program for Keller Trucking, implementation of a Fleet Maintenance Program for all equipment in each affiliate, and the creation of multiple reports to track performance over time, identify trends, and be proactive in process improvements.

He is a member of the ATA and WERC, as well as multiple TCA Benchmarking groups.  Nate received his undergraduate degree from Defiance College and completed his MBA at Bowling Green State University.

He enjoys golf, motorcycles, Cleveland sports, and spending time with his wife and two children. 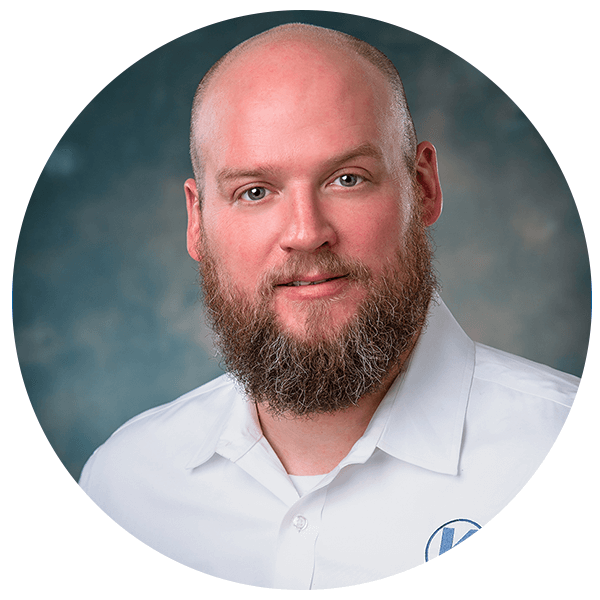 As a Quality Supervisor, he led the implementation of an ISO 9001 program for Keller Trucking. During his time as the Brokerage and Sales Manager, he spearheaded the formation and development of Keller Freight Solutions. Currently, as the Chief Sales Officer, Aaron continues to develop strategic relationships and leads the sales and marketing teams to develop flexible solutions that fit our customers' unique needs.

In 2013, Aaron was one of the founding members for K&P Medical Transport which specializes in the transportation of individuals to medical appointments throughout Northwest Ohio utilizing passenger cars, ambulettes, and 12 passenger vans. In 2019, K&P Medical Transport purchased a local company that specialized in ambulance transports which expanded their fleet by adding 2 ambulettes and 4 ambulances.

Aaron received his undergraduate degree from Purdue University majoring in Sociology and Organizational Leadership and Supervision. He is heavily involved in the local community. He served on the local YMCA Board of Directors from 2002-2010 where he served as Chairman of the Board in 2010. He also served on the Defiance Area Chamber of Commerce Board of Directors from 2008-2012 serving as Chairman of the Board in 2012. In 2013, Aaron was a recipient of the ‘4 Under 40’ award from the Defiance Area Chamber of Commerce for his outstanding leadership and business achievements. 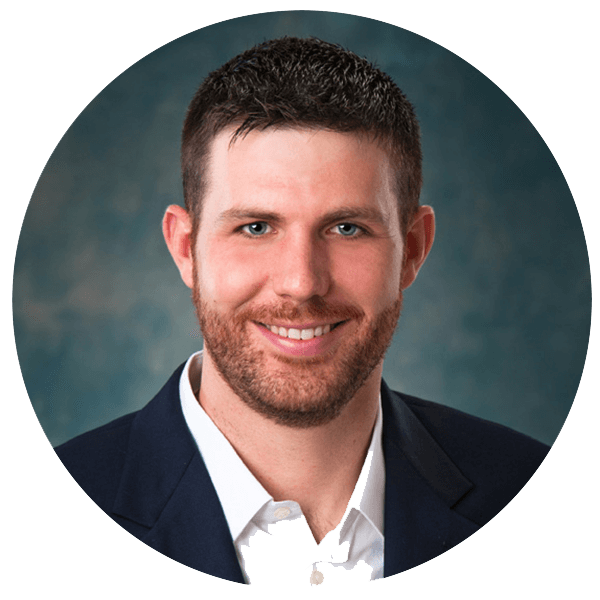 Jonathan Wolfrum has been with Keller Trucking since May of 2008. Starting as a customer service intern for one year, Jonathan has worked his way up from Operations Supervisor, Director of Operations, VP and now President. Jonathan is responsible for the overall operational performance of the Trucking Entity.

Since 2014 when he was promoted to Director of Operations we have achieved 100% revenue growth. With that growth, we also set a goal to become one of North America’s 20 Best Fleets to Drive for, and under his direction received that award in 2018, 2019, and 2020 and strive to be a repeat recipient on a yearly basis. With the never-ending driver shortage, Keller Trucking implemented a student driver program in 2017 bringing new entrants into the industry which Jonathan played an instrumental role in making happen.  As of today, over 30% of our fleet are drivers that have gone through our new entrant training program, this has been vital to the growth and success of our company in providing our customers with additional capacity of safe, well-trained drivers.

Jonathan is a member of TMC, TCA, and an active participant in TCA’s best practice group program in which Keller was recently named one of the Top 20 performers, of over 100 of some of the Nation’s top carriers. In 2019 Jonathan was a recipient of the '4 under 40' award from the Defiance Area Chamber of Commerce.

He received his undergraduate degree from Bowling Green State University majoring in Supply Chain Management. In his spare time, he enjoys spending time with his three children, hunting, coaching youth sports, and anything outdoors. 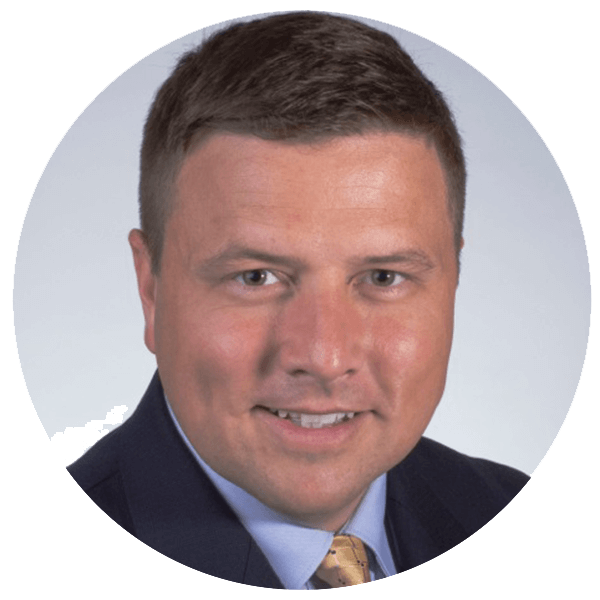 Darryl Logan is the President of Keller Warehousing & Co-Packing for Keller Logistics Group. Darryl’s responsibilities include creating strategic advantages for all Keller Logistics Group’s affiliates by finding ways to reduce operating costs, improving the efficiency of current processes and leading the effort to define and implement new manufacturing capabilities as new opportunities arise in the future.

Darryl joined Keller Logistics Group in 2013. Prior to joining the Keller family, Darryl worked as the iPad Global Supply Manager for Apple, where he led the source selection and managed the performance of key strategic sources to iPad programs. He has also spent time as a Global Technical Supplier Development Manager for Honeywell where he established and led a team of Supplier Development Engineers worldwide to find and develop vendors to deliver on strategic sourcing initiatives. He has also worked AL Solutions as their Director of Engineering and at Johns Manville as a Quality Control Technologist.

Darryl is a certified Six Sigma Lean Expert as well as a DMAIC and Design For Six Sigma Green Belt. Darryl is a veteran of the United States Marine Corps, where he served for 6 years in the world-famous VMA-214 “Blacksheep” and VMA -513 “Flying Nightmares” Fighter Attack Squadrons. He received his undergraduate degree from the University of Toledo, where he majored in Mechanical Engineering. Some of Darryl’s hobbies include playing golf, hiking, travel, camping, fishing, and hunting. Darryl also enjoys spending time with his wife and two children who reside in Columbus. 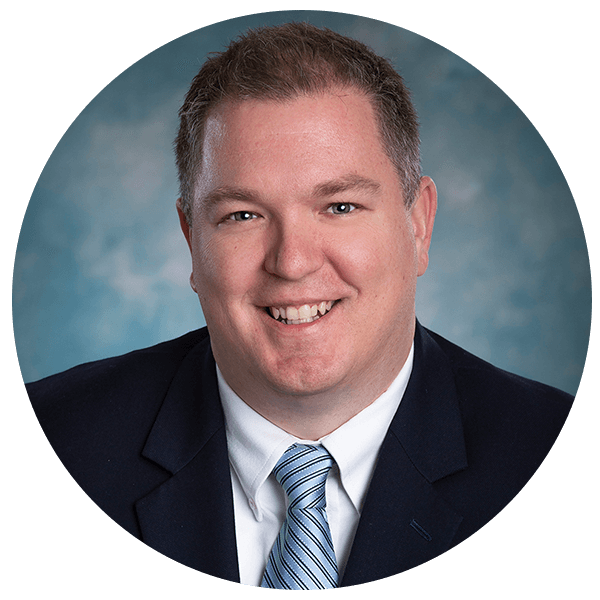 Brent McDade is the President of Keller Freight Solutions.  He joined Keller in 2013, and has worked previously as a Special Projects Leader and Continuous Improvement Manager.

As President of Freight Solutions, Brent is responsible for setting the strategic direction to provide solutions for customers issues, building a team dedicated to creating relationships built on trust, exceptional service, and execution, and the overall operational performance the Freight Solutions division.

Brent is a member of the TIA, and is an active participant in TCA’s best practice group program.  He is also a certified Lean Green Belt.

Brent received his Bachelor of Science from Ball State University majoring in Operations Management.  He is active in his community, participating in Relay for Life events and serving as Vice President for his local baseball association.  In his spare time, Brent enjoys spending time with his wife and 2 daughters, reading, and playing golf and basketball. 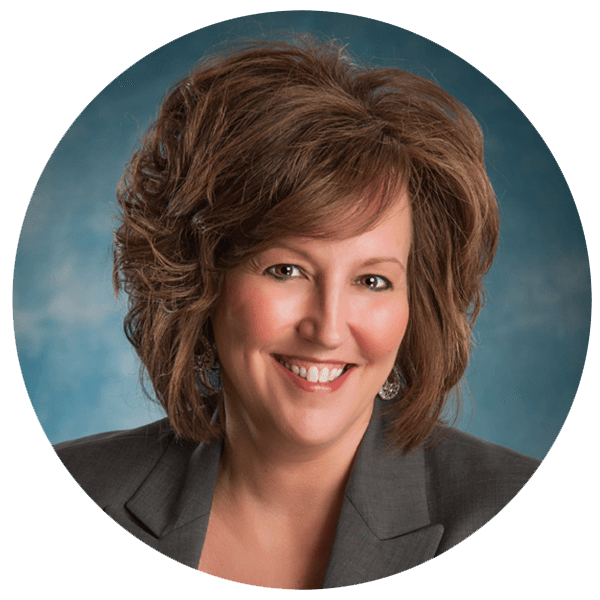 Jenifer Nicelley is the Vice President of Human Resources for Keller Logistics Group. She has over 20 years of experience in leadership, benefits and compensation, recruitment, employee relations and engagement, development and training, and mentoring and coaching. Jenifer’s focus at Keller is to not only provide a partnership between our HR and Recruiting team and the rest of the Keller staff, but also to ensure that our departmental goals and practices align with our strategic business goals and objectives of the company.

Jenifer joined the Keller Logistics Group team in November of 2014. Past leadership roles were with First Federal Bank of the Midwest and First Insurance Group, as Vice President of Human Resources and Vice President of Operations and HR, respectively. Prior to that, she worked in manufacturing at BF Goodrich for over 8 years.

Jenifer was a past board member for the United Way of Defiance County. In her free time, Jenifer enjoys spending time with her friends and family. 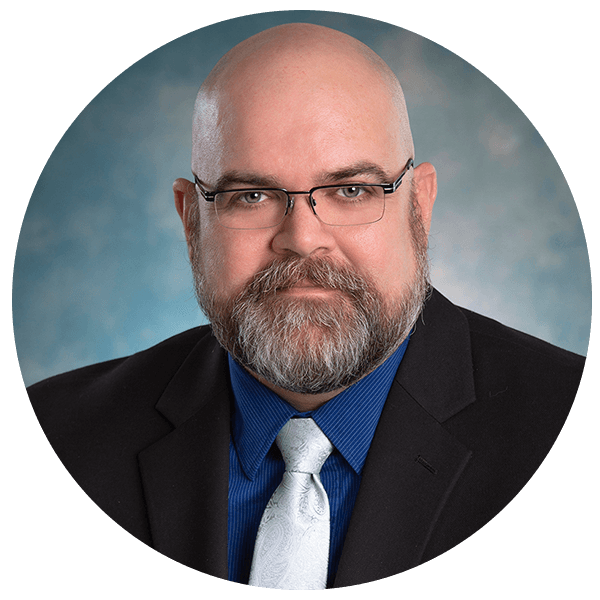 Randall Schad is the Vice President of Information Technology for Keller Logistics Group. Randall is responsible for leading a diverse team of highly specialized individuals that cover project implementation, technical support, and software development for the continued growth of Keller’s offerings to our clients. Randall joined Keller Logistics Group in 2012. Prior to joining the Keller family, Randall led a team of software developers at Navistar International, and at Magna International where he wrote manufacturing work guidance software and warehouse management systems used in automotive production facilities for Chrysler, Mazda, and General Motors.

Throughout his career, Randall has utilized pioneering technologies to drive projects forward; at age 19, he started his own telecommunications software company where he contributed to the evolution of networked email technologies, and also launched Bryan, Ohio’s first internet service provider in 1995.

Randall spends his spare time pursuing a wide range of interests, including riding motorcycles, inventing, playing an assortment of musical instruments (albeit poorly), and spending as much time with his children as possible. He is also passionate about continuing education, and is drawn to the fields of anthropology, literature, philosophy, and physics.